*Material from this website, including photos and text, cannot be reproduced without the expressed written consent of David R. Altman. Copyright © David Altman. All rights reserved. 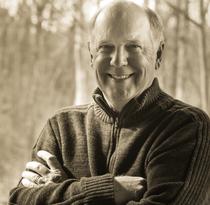 David R. Altman is a free-lance writer living in Lawrenceville, Georgia. Death in the Foyer is Altman’s first book of poetry. He is currently the Books & Writers Editor of the Pickens County (Ga.) Progress where he is a columnist and feature writer. Altman has also published articles in the Gwinnett Daily Post, the Athens (Ga.) Banner Herald, Georgia Outdoor News magazine and others. After earning a degree in journalism in the mid-seventies, Altman spent nearly 35 years working first as a television news producer and later as a corporate vice president.

His poetry influences came early in his life, where he was inspired by Frost, Eliot, Tennyson, Yeats and Auden (whom he met in 1971). Altman, 62, returned to his Alma Mater, Georgia State University, in 2013 to study poetry under David Bottoms, Georgia’s former Poet Laureate and author of nine books of poetry.

When he is not writing, Altman can often be found on the water. He is an avid bass fisherman and has competed in more than 50 Professional tournaments in the past five years. Altman believes there is a spiritual connection between the fisherman and the poet.

Altman and his high-school sweetheart Lisa have been married for forty years. They have three daughters, two grand kids and four (active) grand dogs. When he and Lisa (and their cat B.C.) are not enjoying their family, they spend time at their cabin in the north Georgia mountains, where many of these poems were composed.